Sushi Is Your Friend When Losing Weight 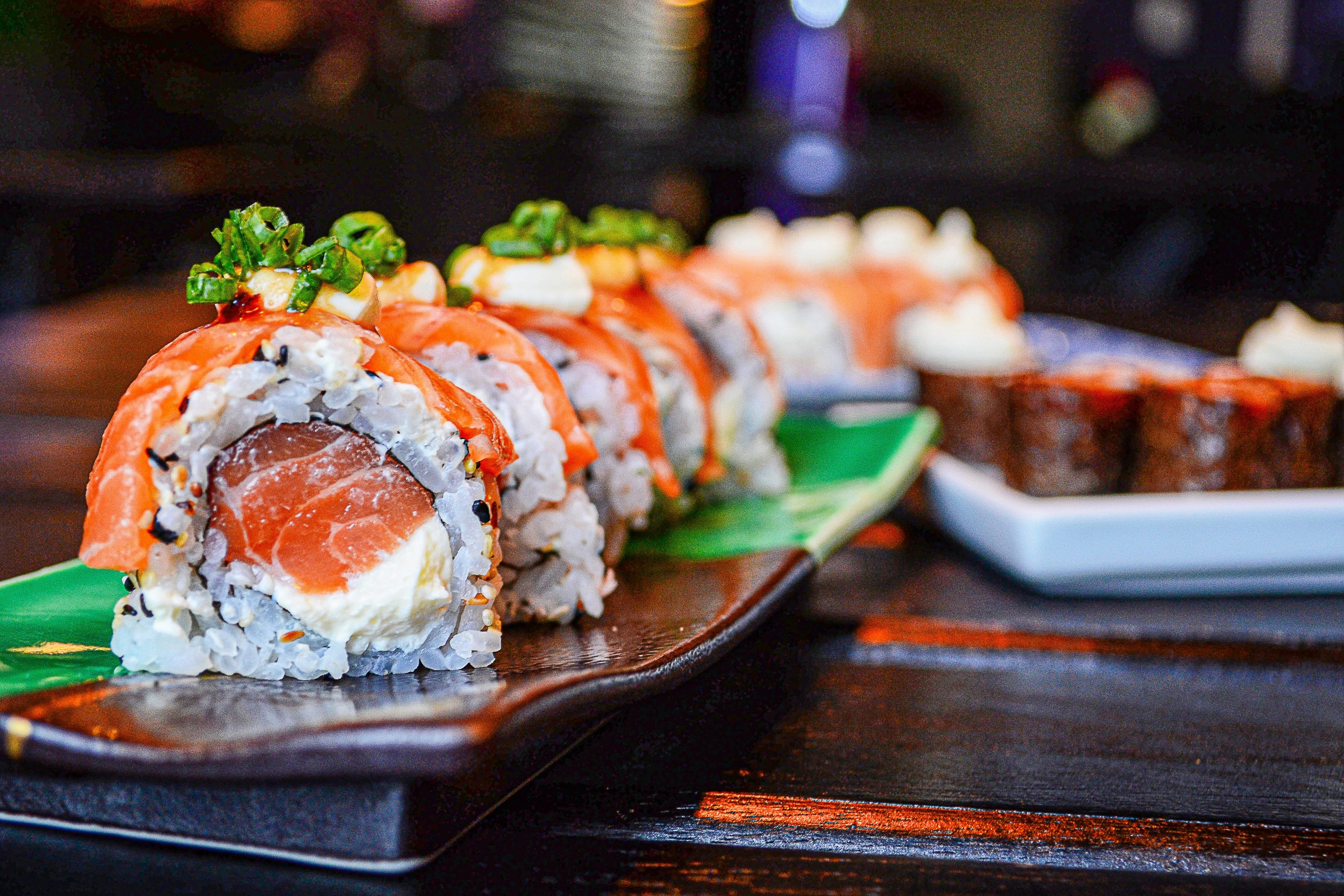 Sushi Is Your Friend When Losing Weight

If you’re not making sushi at home you’re missing out on a delicious and extremely nutrition-friendly meal. It’s easy to make, fast, nutritious, and the raw fish you’re afraid of is completely optional.
First let’s have a brief overview of sushi for those who’ve never had it or those who have tried it but want to know more.
Sushi is the catch-all name for a wide variety of Japanese dishes. The word sushi actually refers to rice with rice vinegar added. Since this is a very basic and lightly flavored food, it is the many ingredients added to it that really define what dish you are eating. The raw fish you have heard of is sashimi – an ingredient of many types of sushi – but you can create sushi with virtually any ingredient that goes with rice.
In America by far the most common type of sushi is Maki-sushi, or rice wrapped in seaweed. The seaweed is called nori and forms the green skin you can see around sushi pieces. For this reason maki-sushi are called nori rolls on many menus. Also popular is Nigiri-sushi, small bars of rice topped with wasabi and sashimi.
It’s easy to include sushi into your healthy eating habits. Think of the ingredients: rice, vegetables, and fish. Not exactly a heart-attack in the making, just the opposite in fact. As long as you don’t go overboard on the rice, it is extremely low calorie in addition to being low fat. Where we chomp pork rinds and potato chips, the Japanese have sushi. Care to guess which country has a longer average life span?
Let’s learn how to make a California roll, easily the most popular nori roll in America today. You will need the following items, all of which should be easy to find in your supermarket’s oriental foods section or at your local Asian market:
-Bamboo rolling mat
-Sushi rice (short or medium grain)
-Nori (squares of roasted seaweed)
-Salt
-Sugar
-Rice vinegar
-Imitation crab meat
-Avocado
-Cucumber
-Wasabi
-Soy sauce
Directions:Prepare the rice according to the directions on the package. You will need about 3/4 cup cooked rice for each sushi roll, and most people will be full after eating 1 or 2 rolls.
In a small pan, place a tablespoon of vinegar and 1/3 tbsp of sugar and salt for each 3/4 cup of rice you are cooking. Heat the resulting mixture briefly and stir until the sugar dissolves. When the rice is almost done cooking, begin cutting your vegetables. Peel a cucumber and cut it into long thin strips, about a 1/4″ around. Same for the avocado. If you bought powdered wasabi prepare it also (just mix in tiny amounts of water until you get a thick paste).
Once the rice is done, remove it from heat and slowly fold in the vinegar mixture. Then lay the rice out on a sheet of foil or a baking sheet and allow it to cool (traditionally this is done by fanning the rice while slowly stirring it). The rice should be slightly damp and sticky, but not wet and mushy. Getting the rice right is the most difficult part of making sushi, but a little practice will teach you what works.
Once the vinegared rice has cooled off, you are ready to put it all together. Lay your bamboo rolling mat in front of you horizontally (the bamboo sticks should run left-right). Take a sheet of nori and lay it on the rolling mat. Spread a layer of rice on the nori, covering about 3/4 of it. The part of the nori not covered in rice will hold the roll closed (think of the glue strip on an envelope or the gum on a cigarette paper).
Place a strip of avocado and a strip of cucumber on the rice, and top it with crab meat. Now wet your fingers with cold water and dampen the part of the nori you left uncovered. Carefully roll the sushi using the mat, starting with the rice side and rolling it up (don’t roll the mat into it, silly). If this sounds complicated, don’t worry. It is as simple as rolling up a sleeping bag or a beach towel, and it will be obvious to you once you actually have the ingredients in front of you.
Take the resulting roll and cut it into bite sized slices, usually 6 per roll. If you are having trouble cutting the roll without damaging it, try dipping your knife into water between each cut. Lay the pieces flat and they will look like little colorful discs. Serve with wasabi and soy sauce on the side.
If you feel brave and want to try sashimi, here are a few safety tips. First of all, understand that millions of people eat raw fish every day without getting sick. However, most of them live right next to the sea where fresh fish is abundant. For many land-locked Americans this isn’t the case. Fish that is prepared for shipping to a grocery store in Boise is not handled in the same way as that bound for a San Francisco sushi bar. Look for fish that is specially labeled as sushi-grade. Avoid freshwater fish, with the notable exception of Salmon, which spends much of its life at sea. When buying whole fish, make sure the gills are bright red and not slimy, the eyes should be transparent and not cloudy, and there should be no fishy odor.
Take up a healthy and nutritious sushi addiction today. It may take you a while to get the rice and the rolling right, but once you are experienced you’ll be able to whip out several nori rolls in five minutes.

Sending You Tons of Love and Humongous Hugs,Tina “Let’s Roll Together” McDermott